We treat our olive oils with special care in all phases of production, from growing in the olive grove until the moment of bottling, which has resulted in numerous awards.

International awards confirm the quality of our olive oils that have been recognized in prestigious domestic, European and world competitions.

We are proud of Salvela for wining gold medals at numerous reputable international competitions such as:

- New York International Olive Oil Competition 2014, 2015, 2016., 2017, 2018. By wining gold medals each year Salvela become one of the most prestigious olive growers.
- OLIVE JAPAN International Extra Virgin Olive Oil Competition 2015
- AVPA Paris 2015 where Salvela is included among the highest quality extra virgin olive oils.
- AIPO Verona 2018 – competition organized by the region Lago di Garda which is the source of the best Italian olive oil producers.
- FLOS OLEI – Salvela is included in a prestigious guide of the best olive oils in the world.
- Oil China 2018 on which Salvela was the only Croatian olive oil that has won gold medal.

- Vinistra 2014, 2015, 2016 – the largest domestic international wine and winery equipment exhibition at which are also evaluated olive oils and brandy.
- International Event of the Mediterranean Olive Oil Producers in Split where Salvela participates and wins gold medals since 2014. Award that we are especially proud of is the Great Gold Olive award for advancement and promotion of Croatian olive growing and special recognition for Salvela’s Oil Mill in Vodnjan which is declared as champion among olive oil mills.
- International Manifestation of Olive Growers and Oil Mills “Noćnjak” at which Salvela wins gold medals each year since 2014. 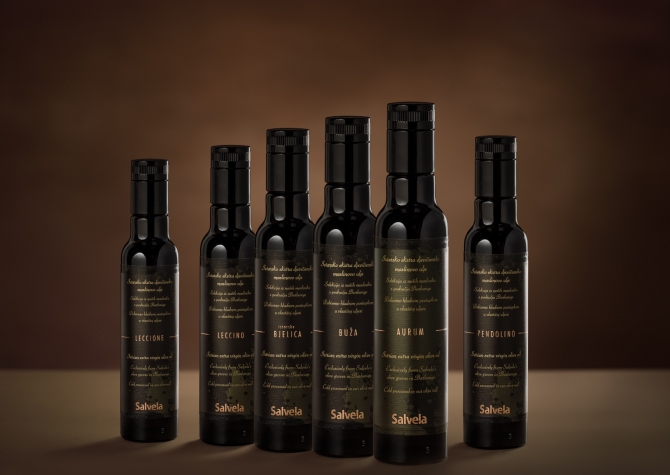